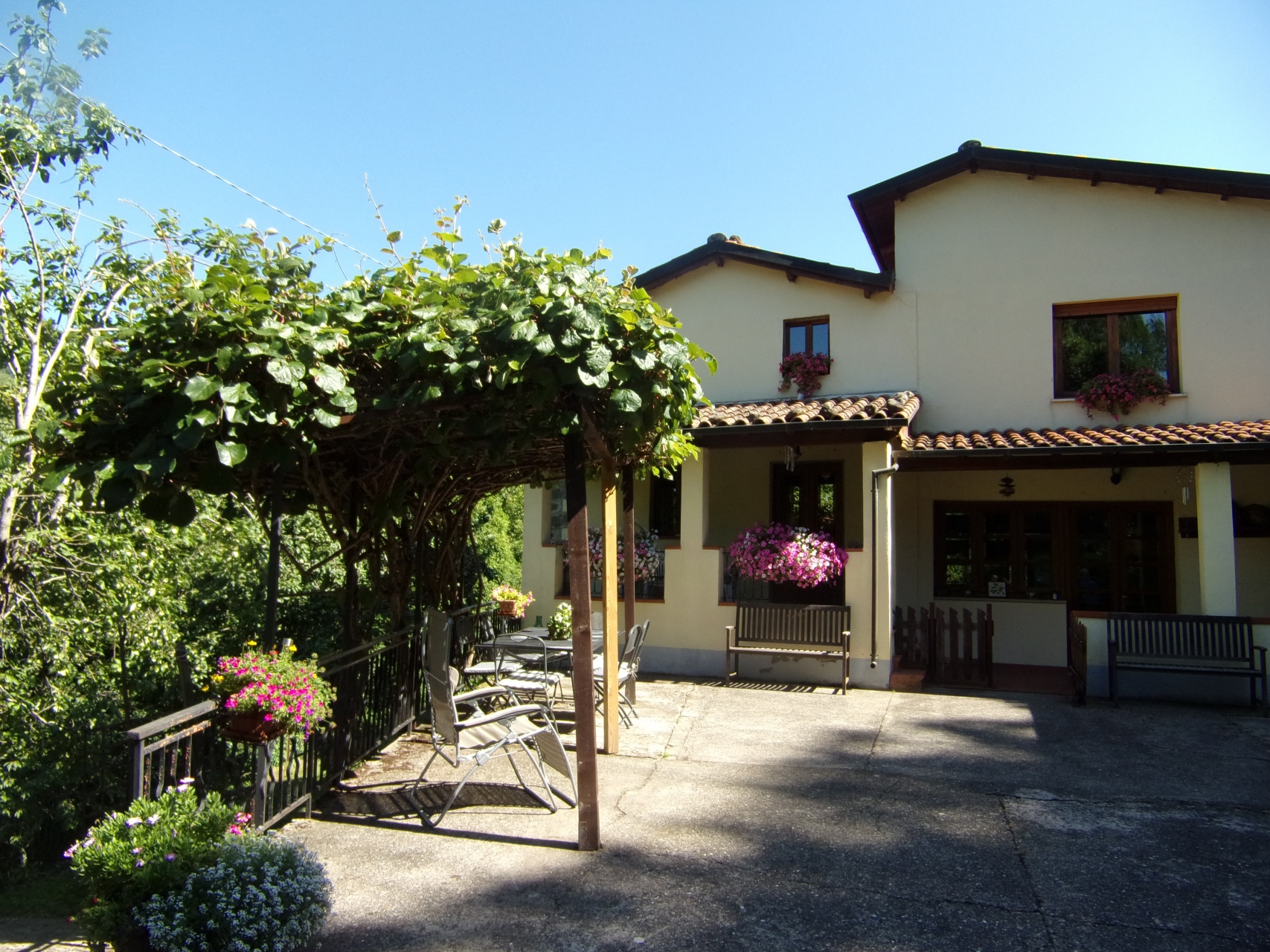 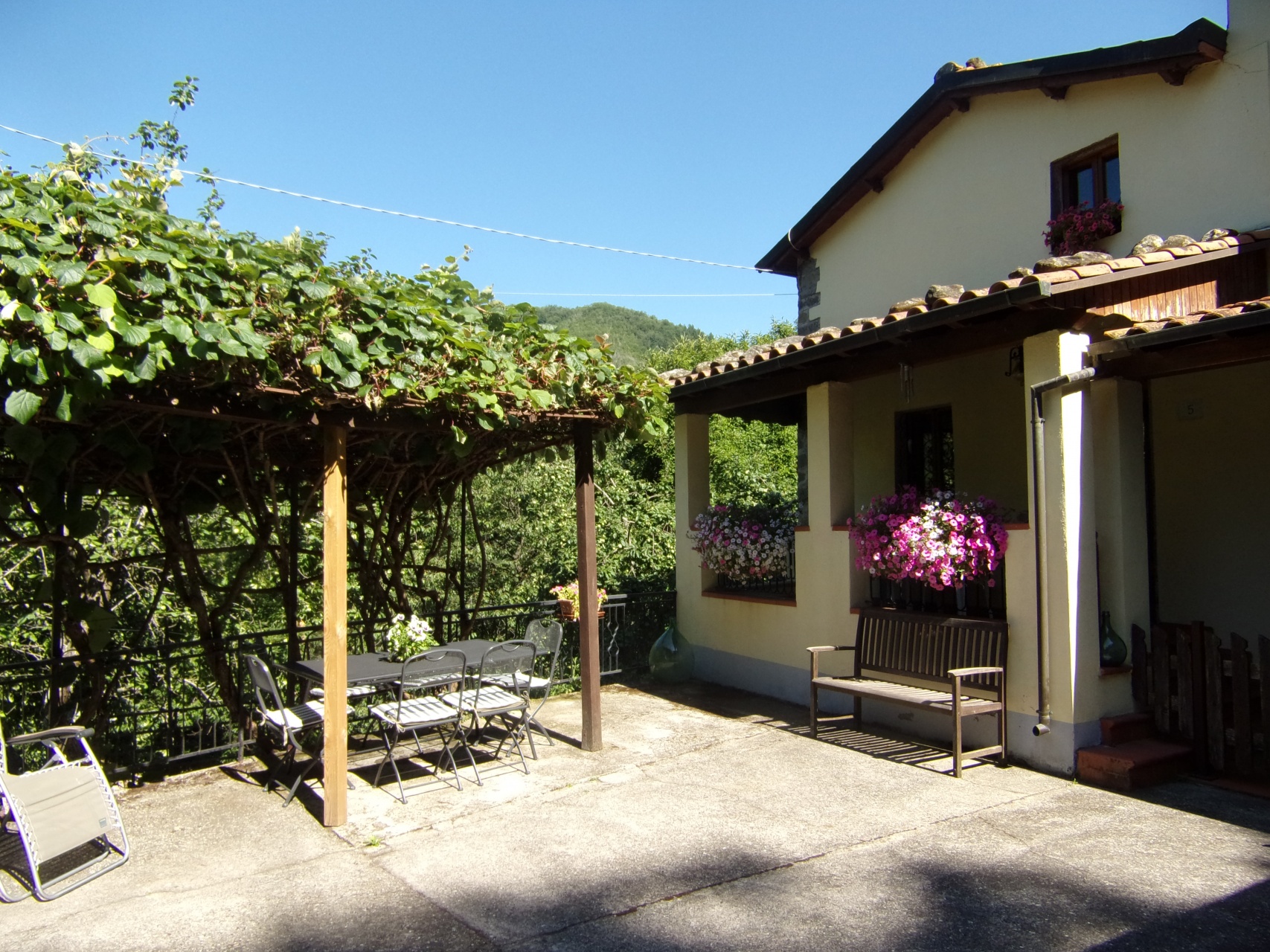 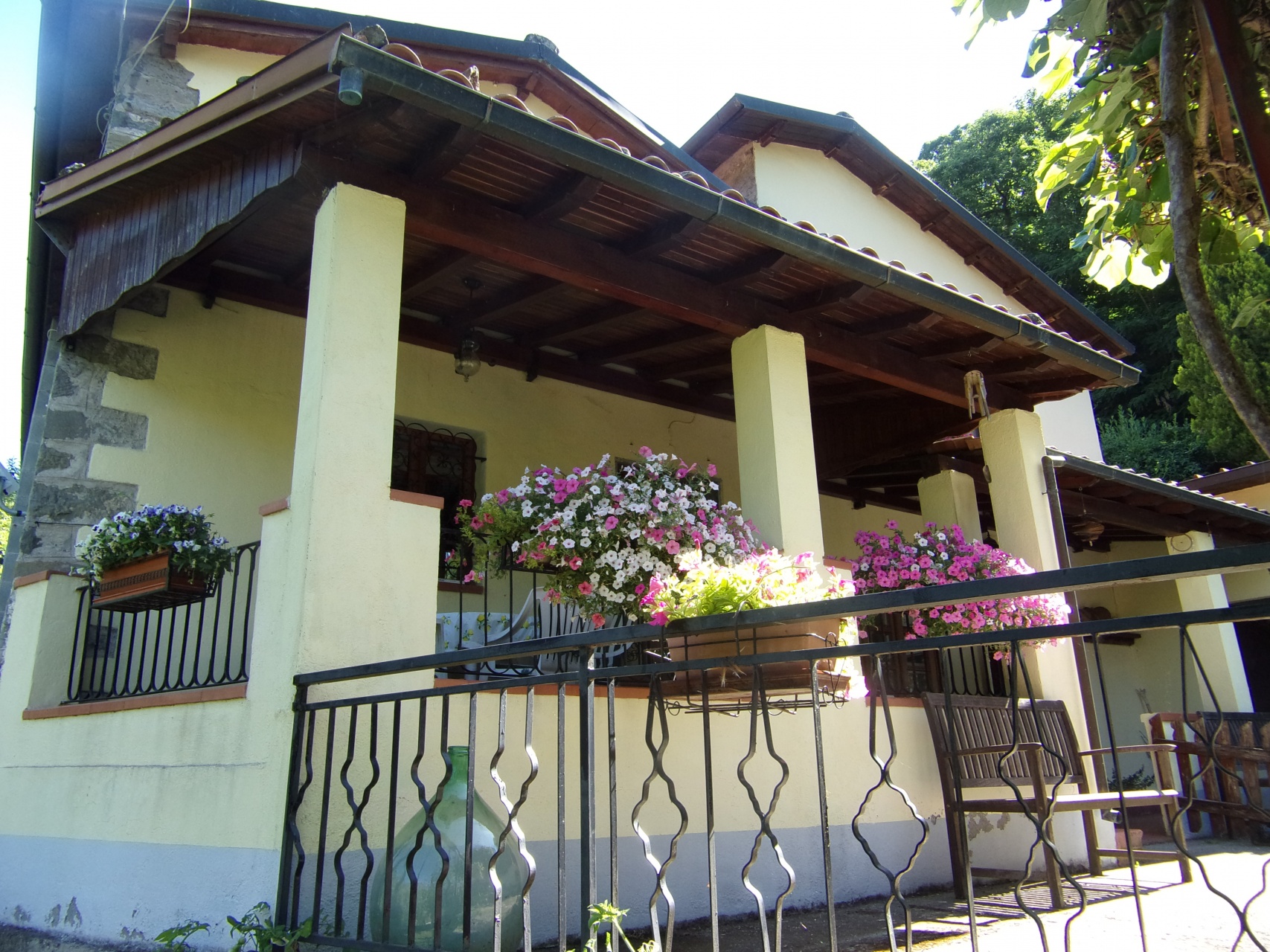 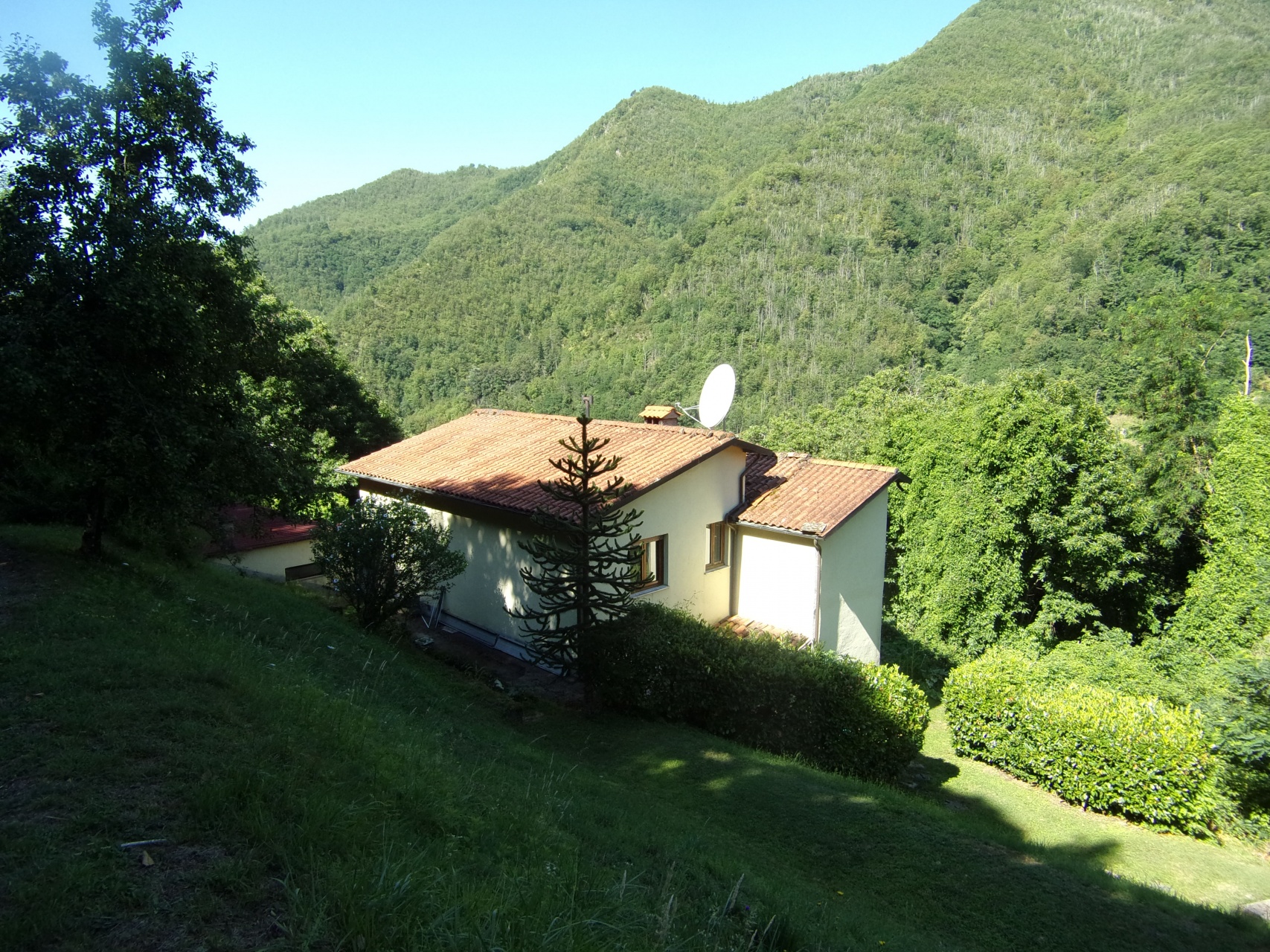 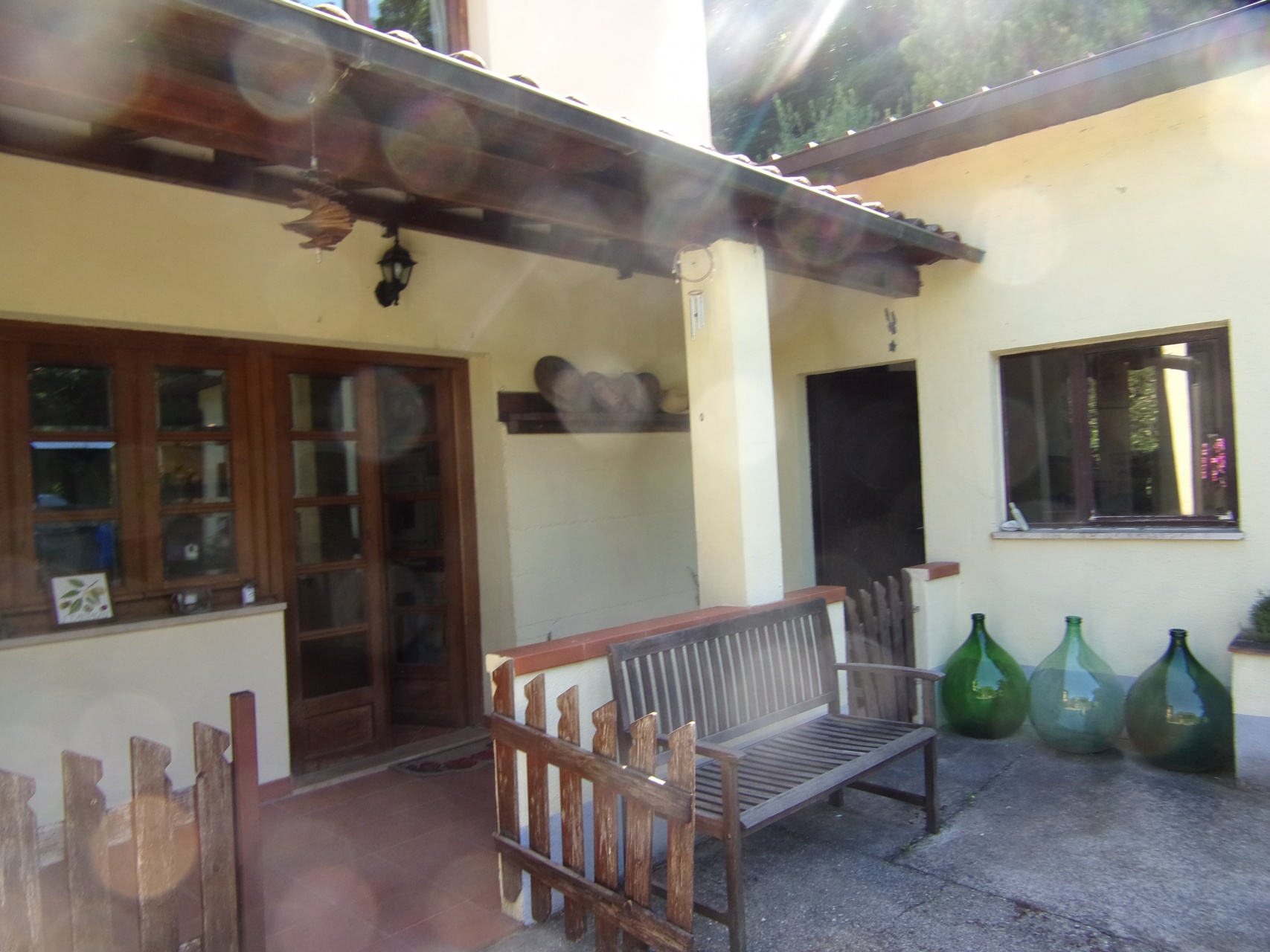 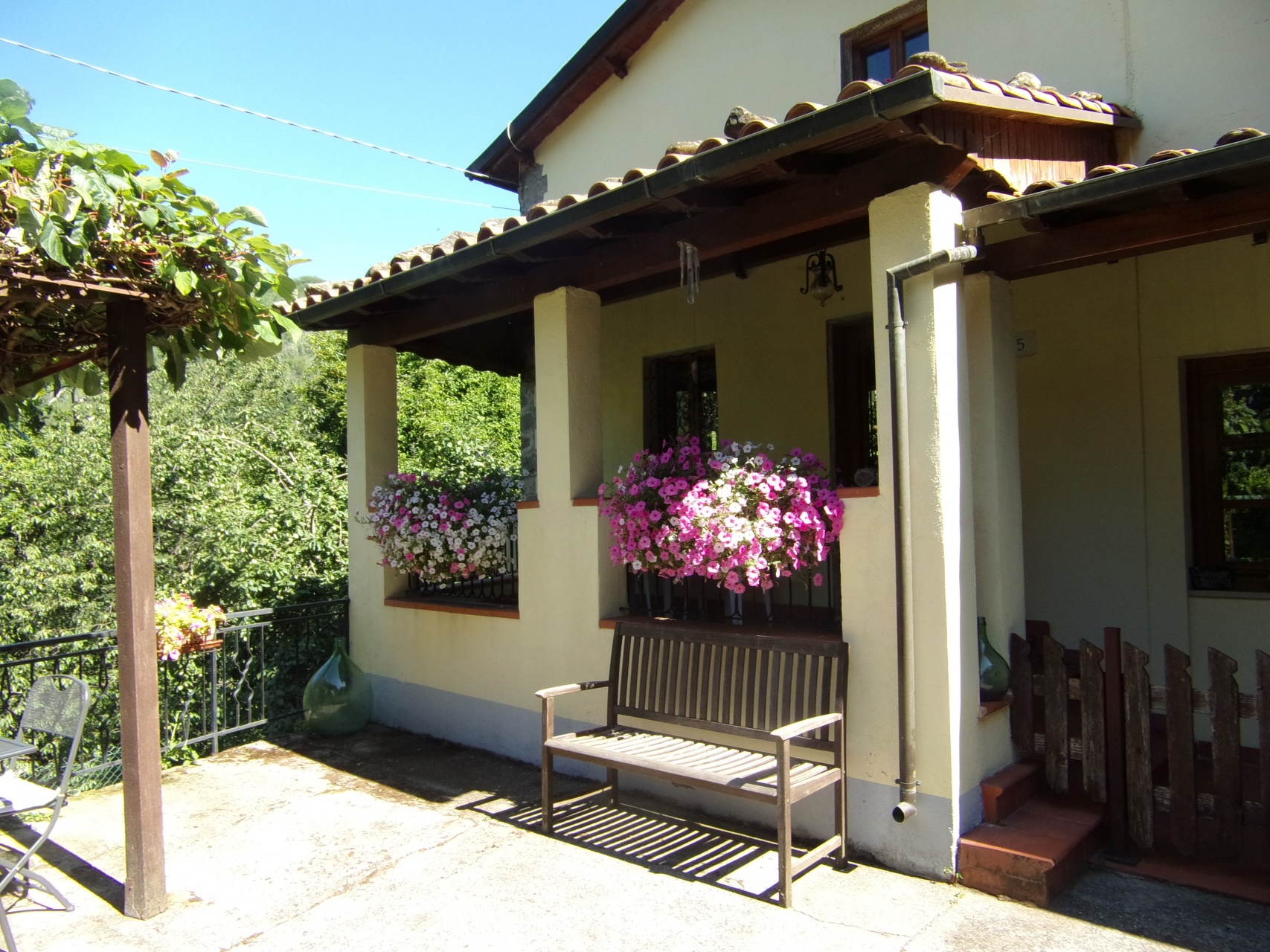 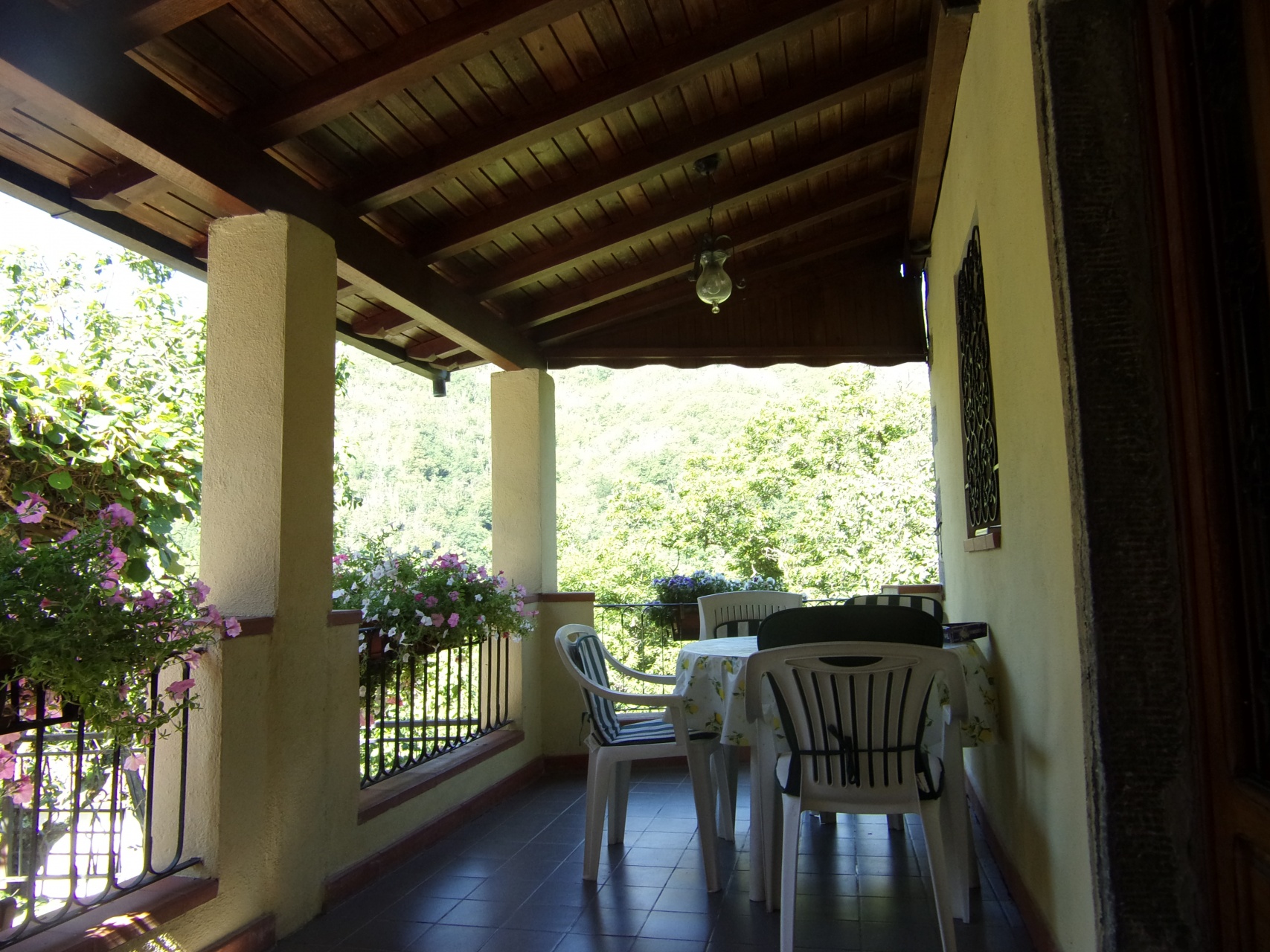 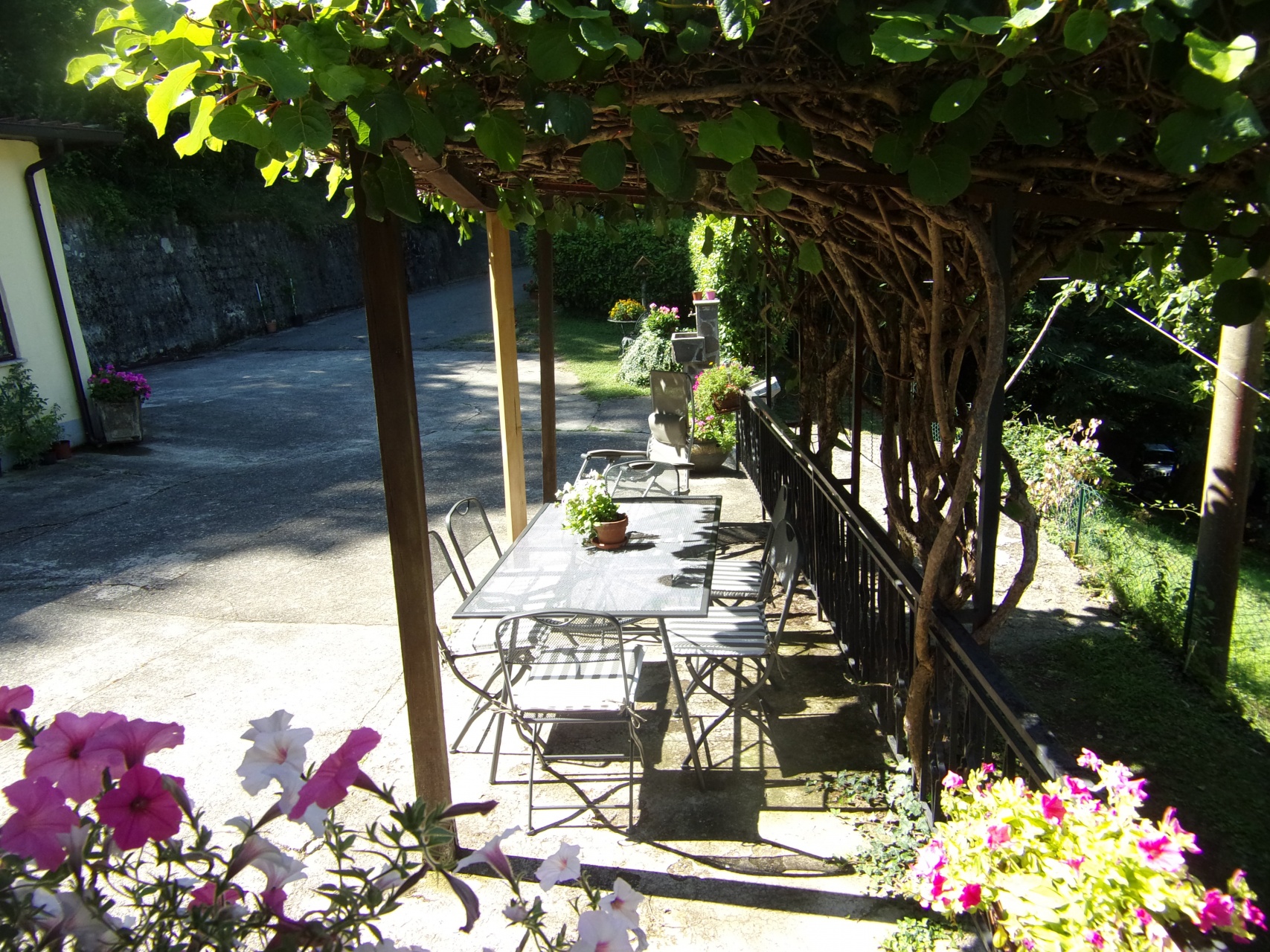 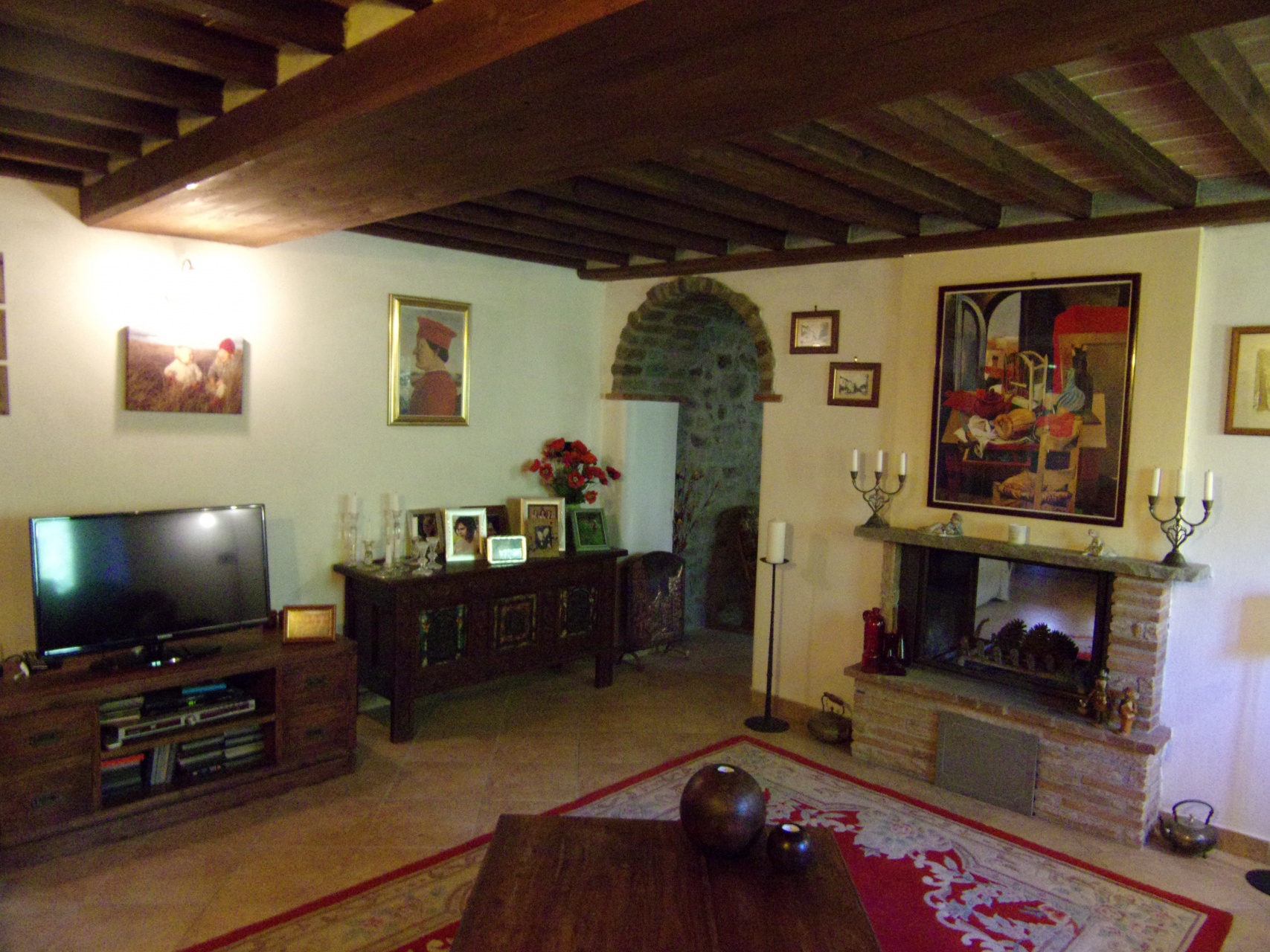 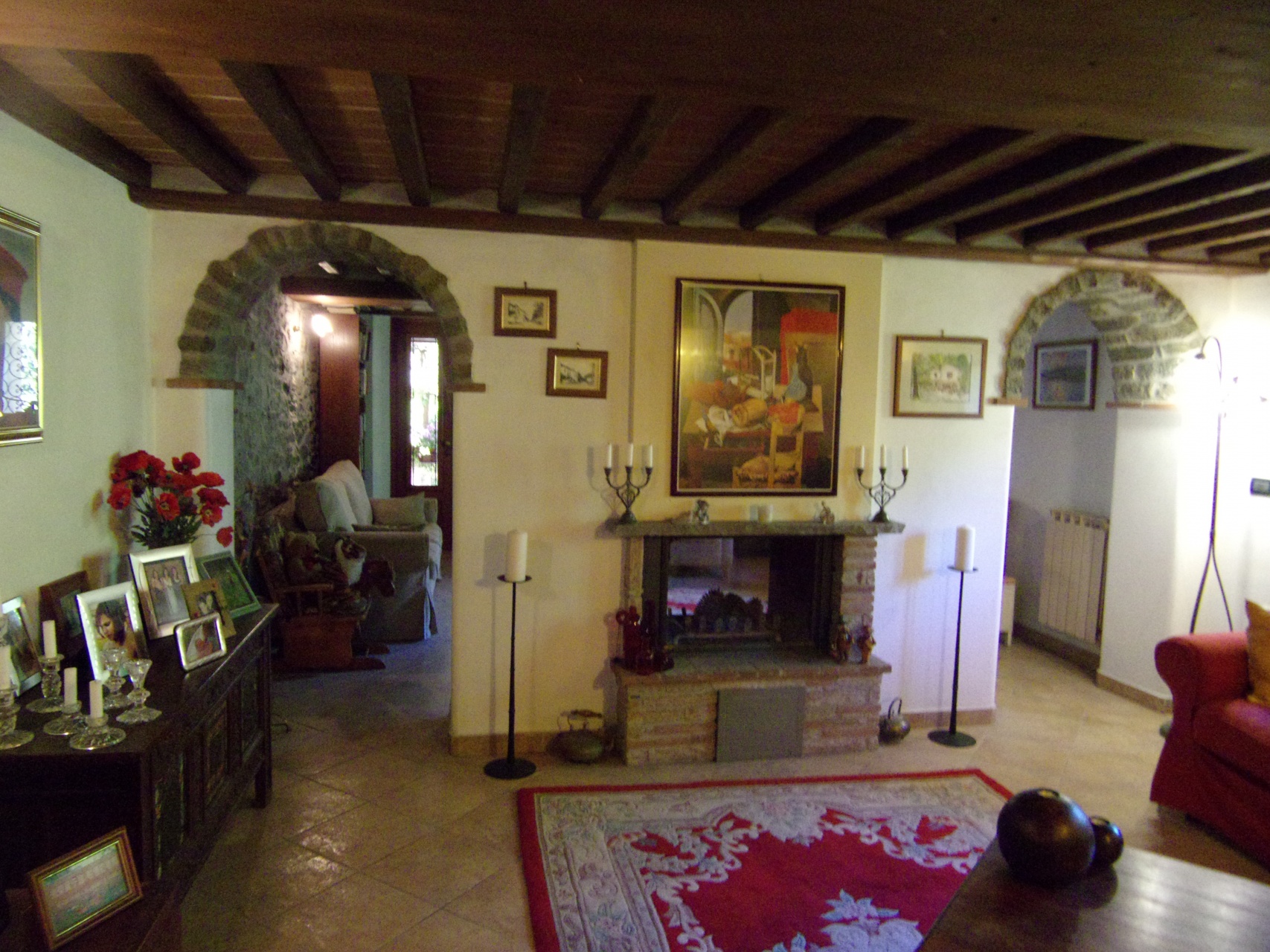 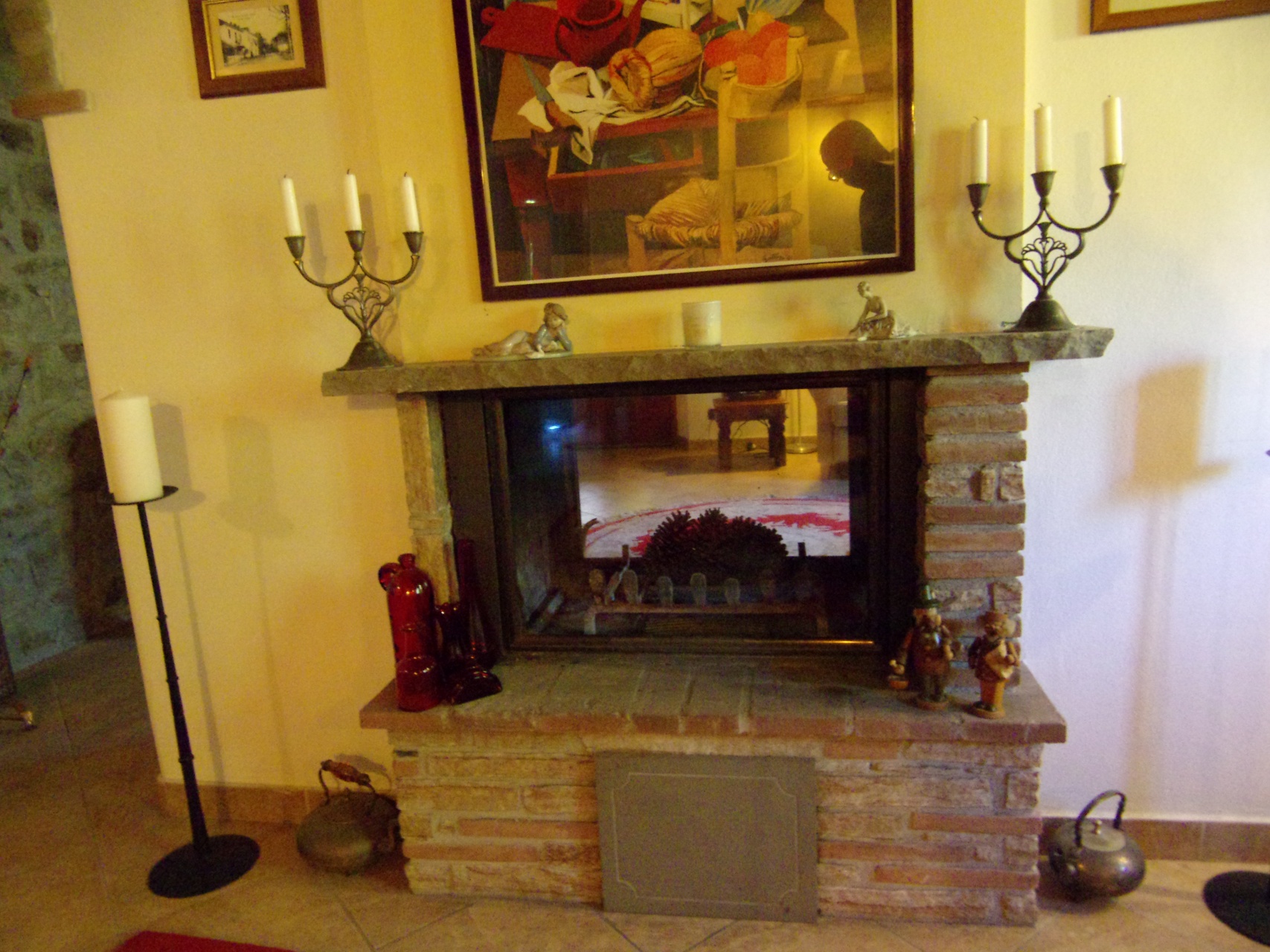 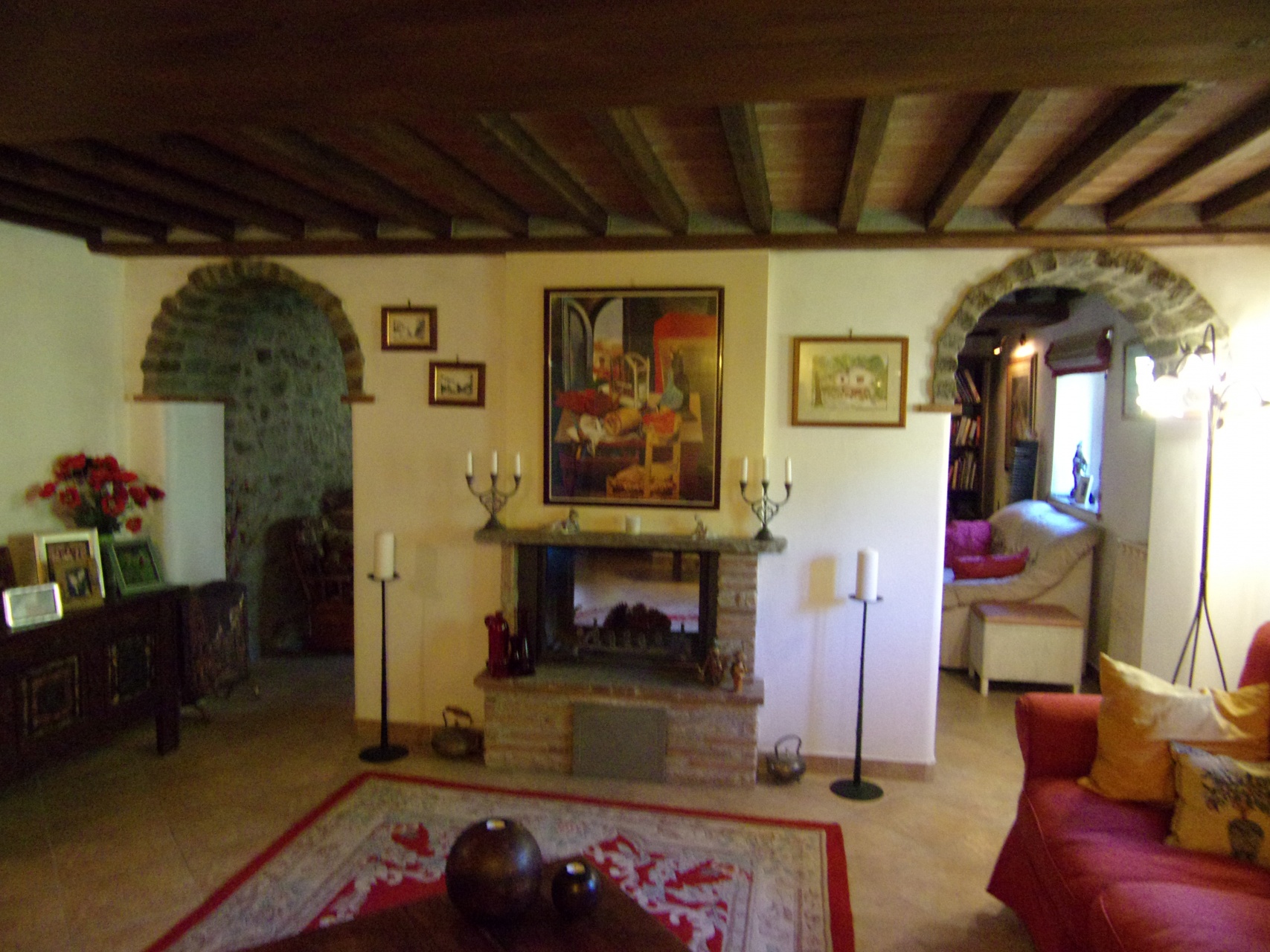 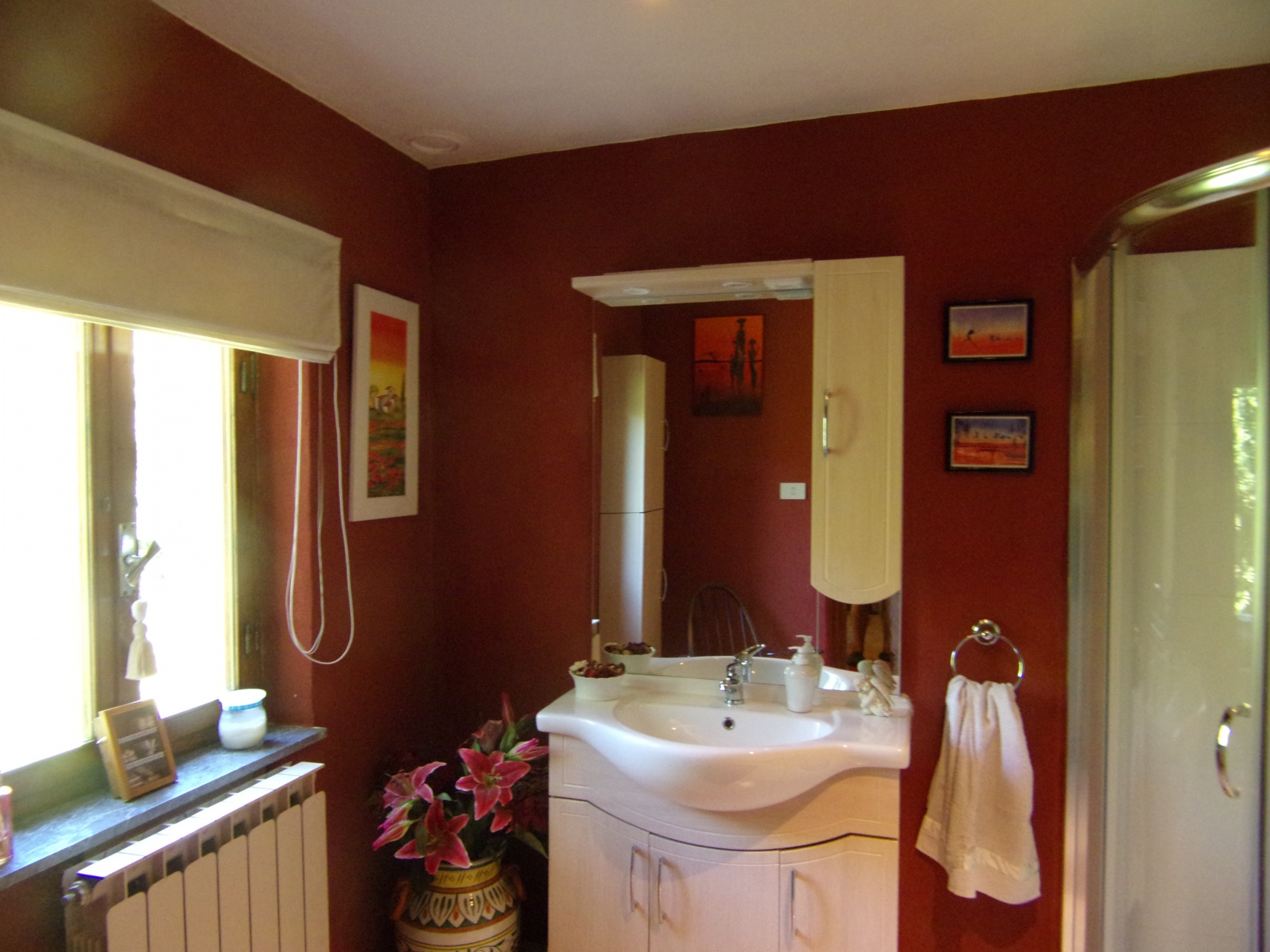 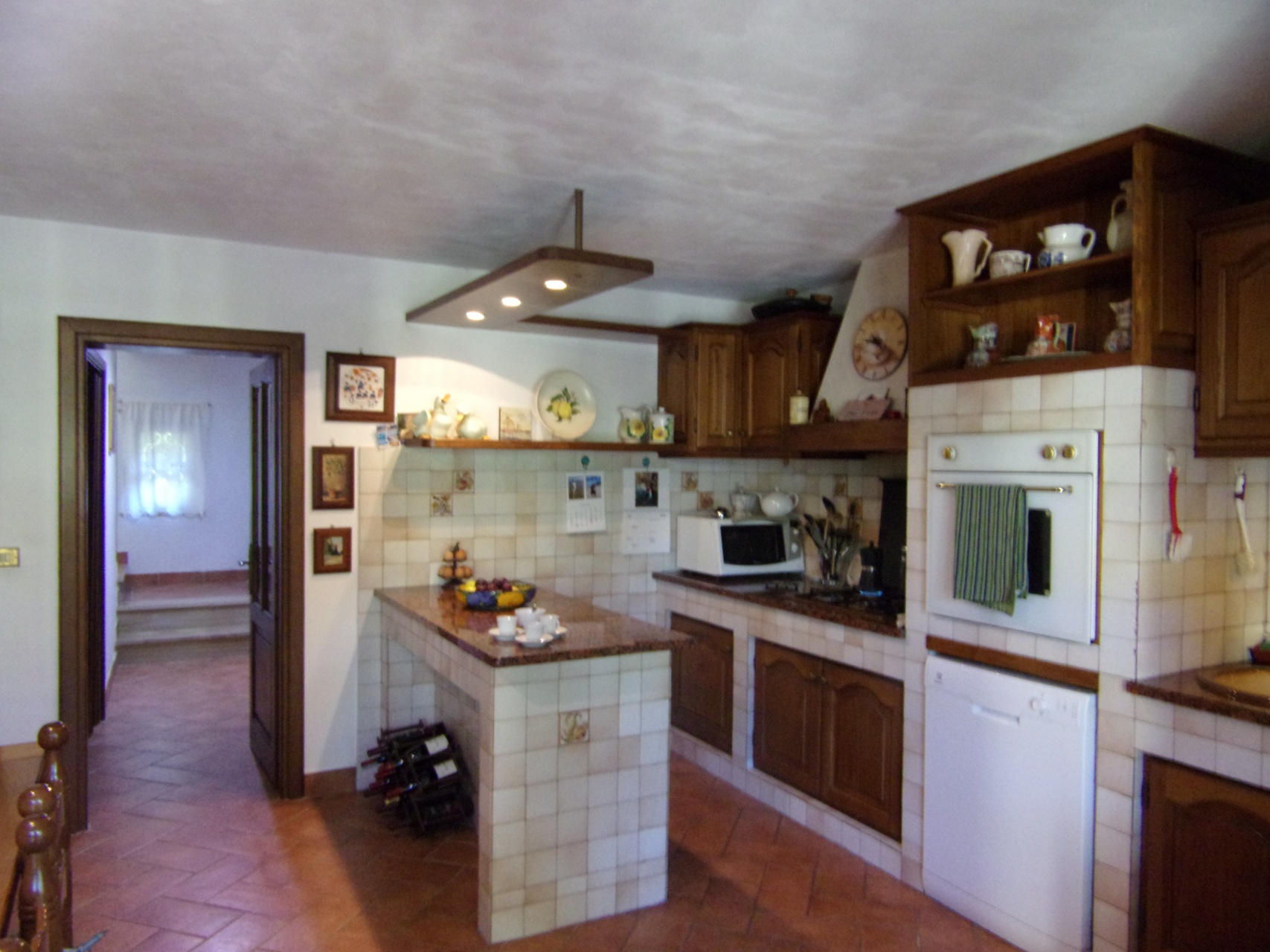 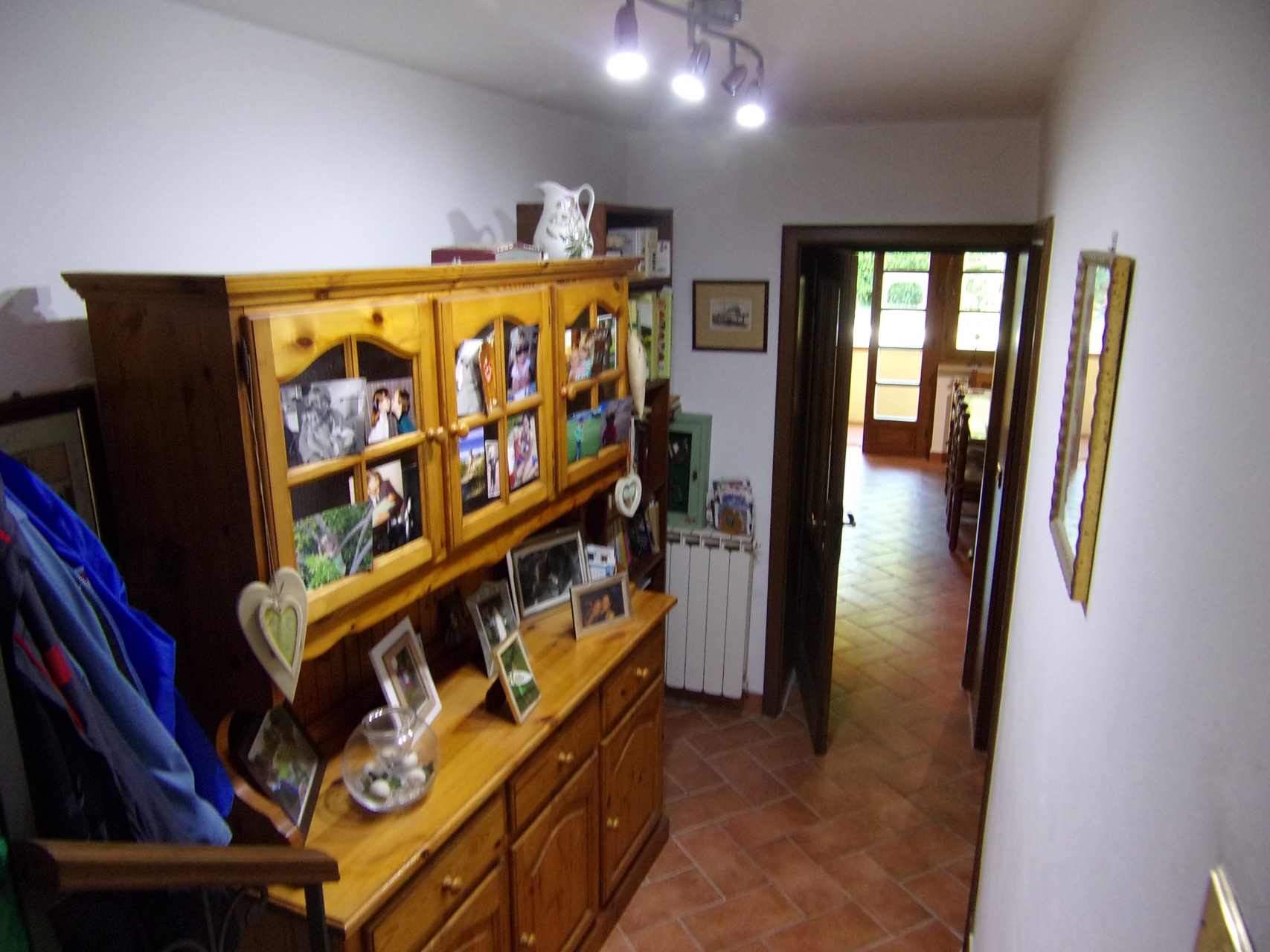 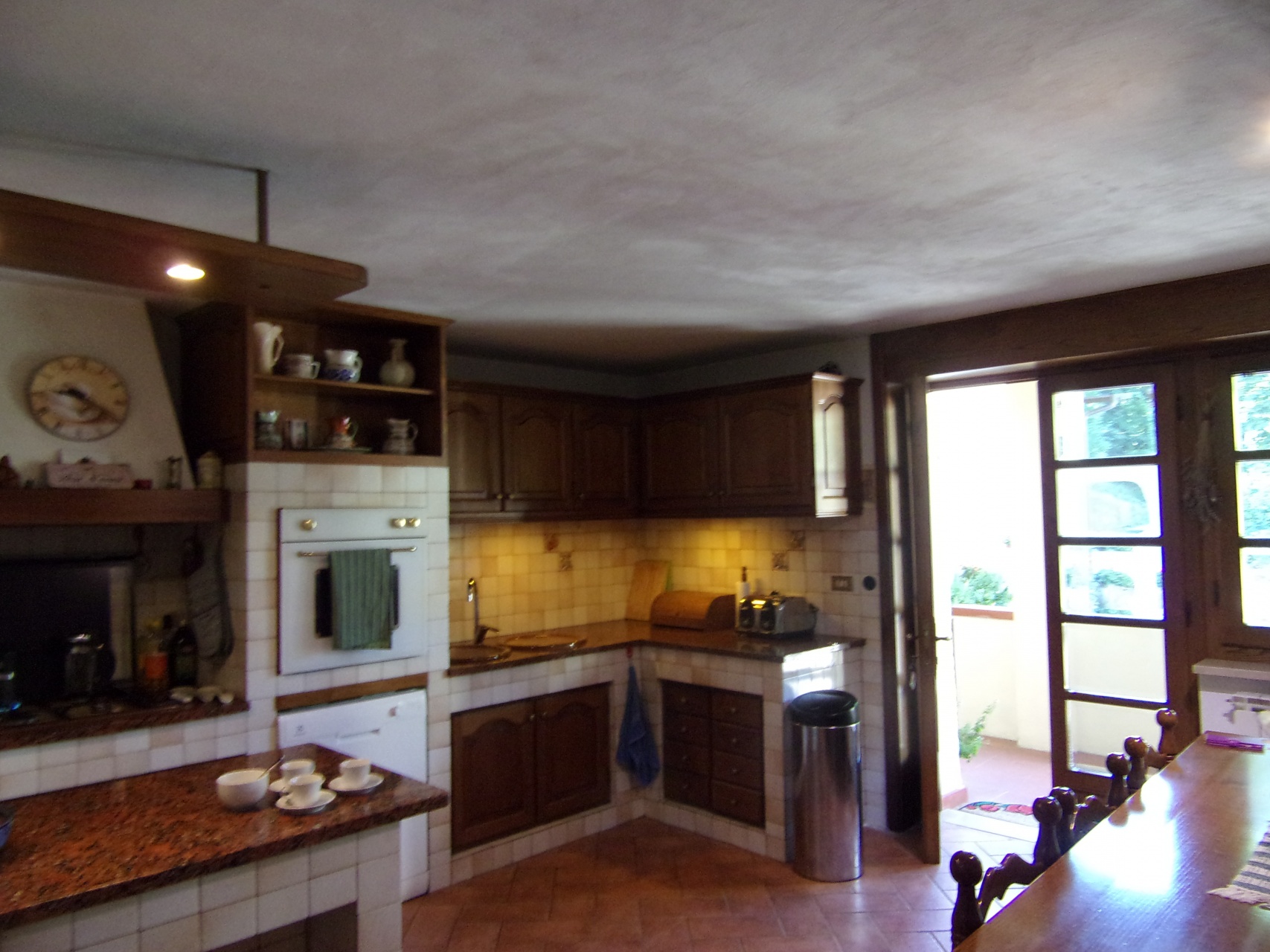 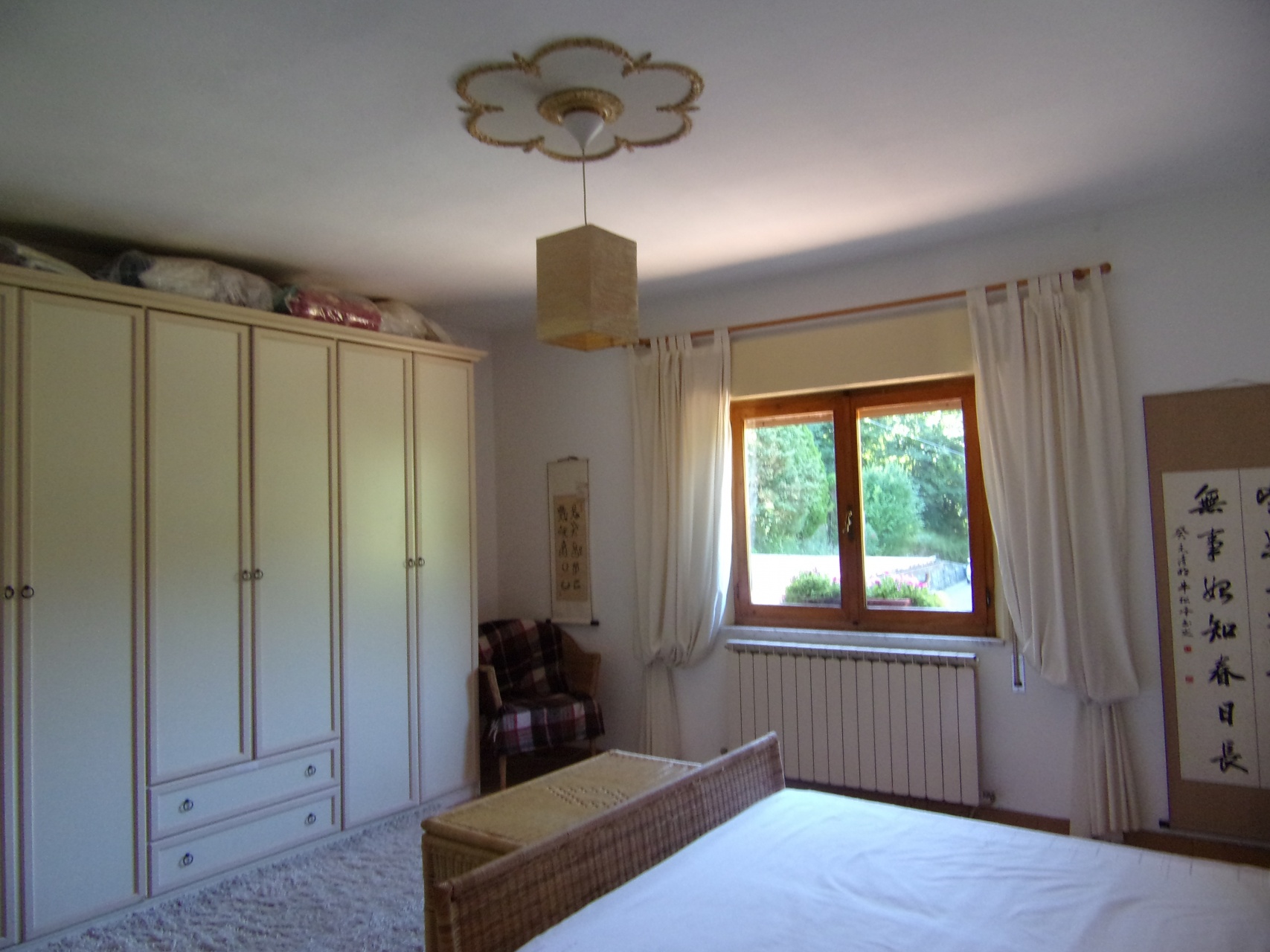 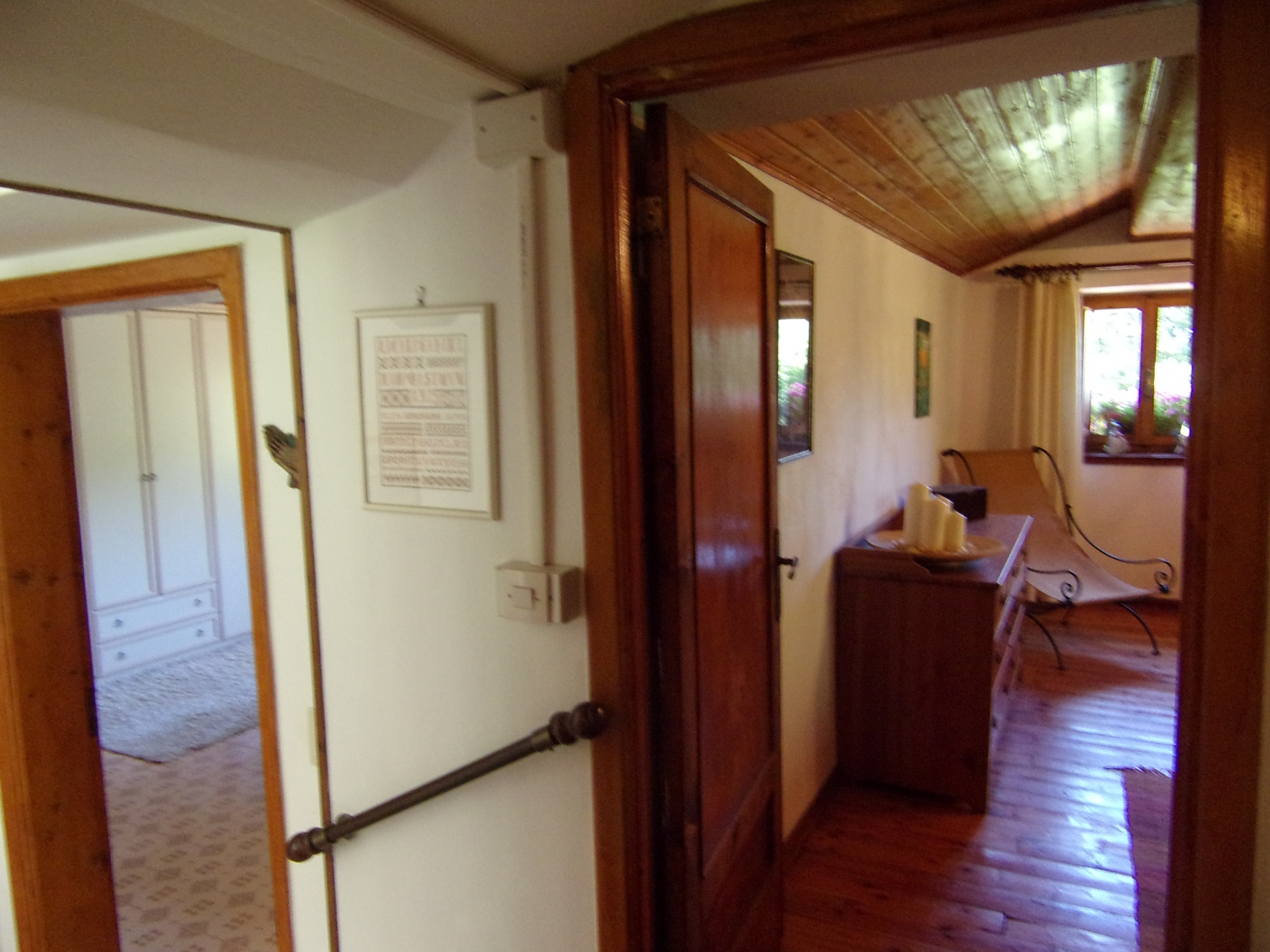 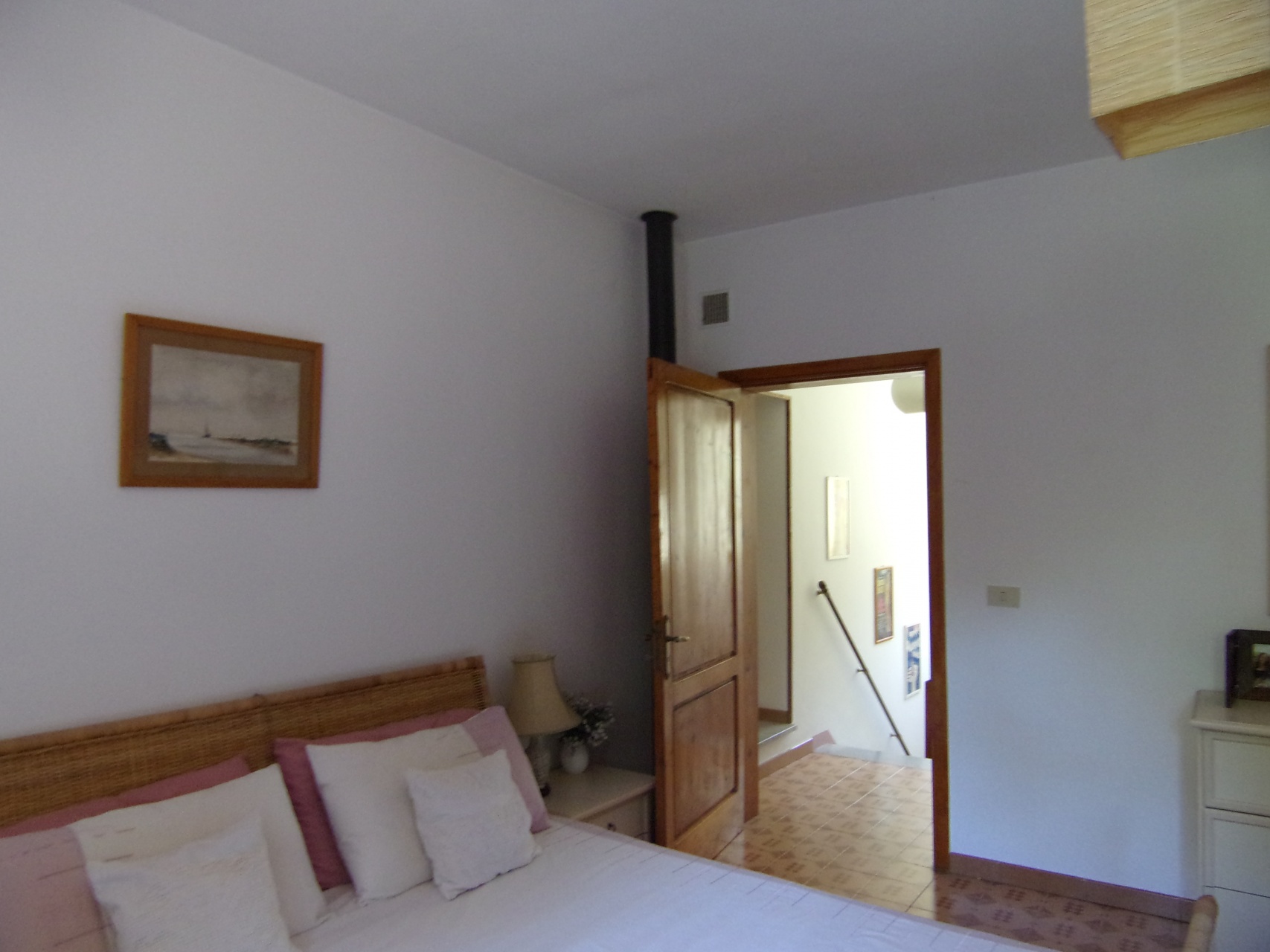 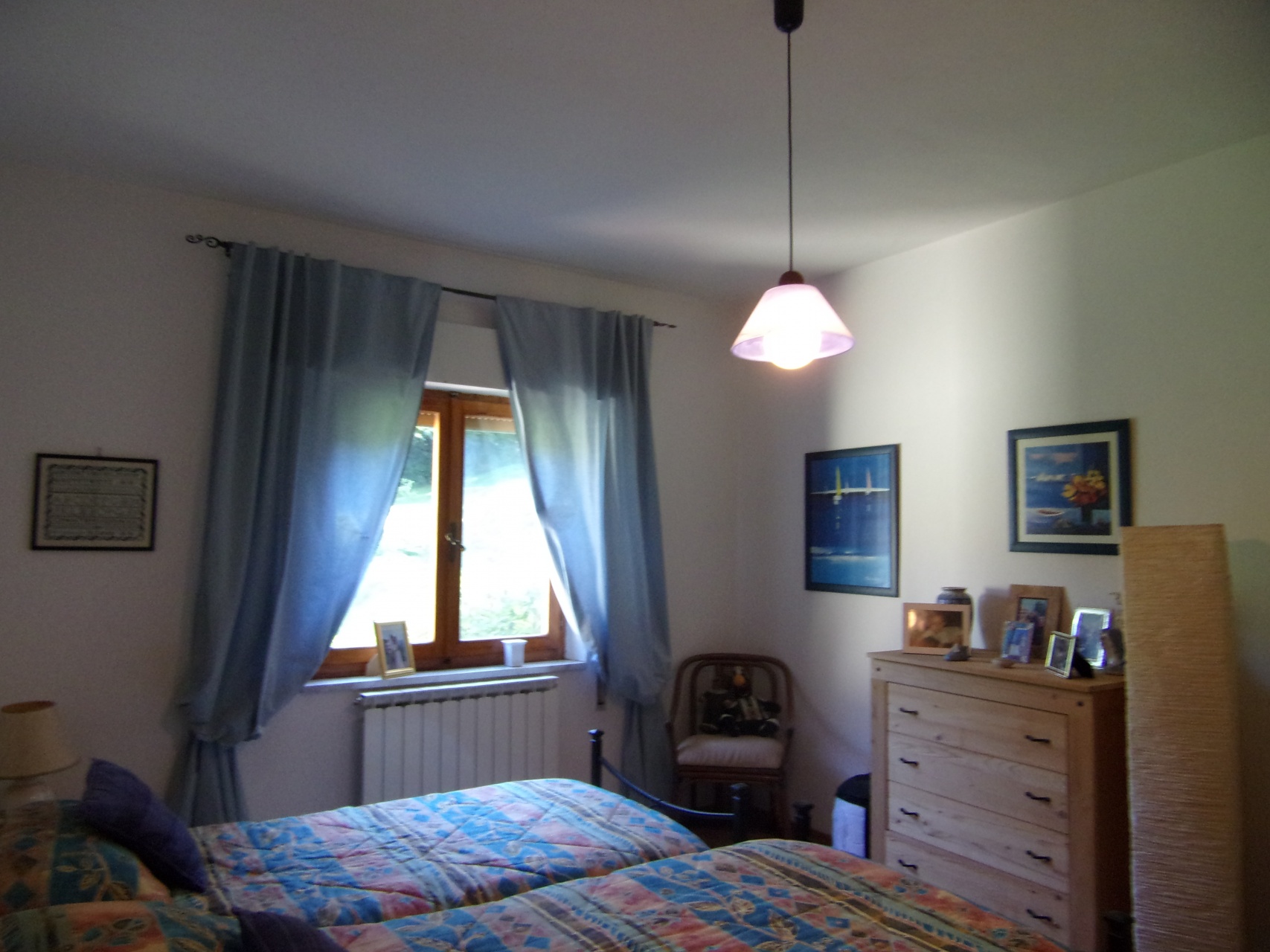 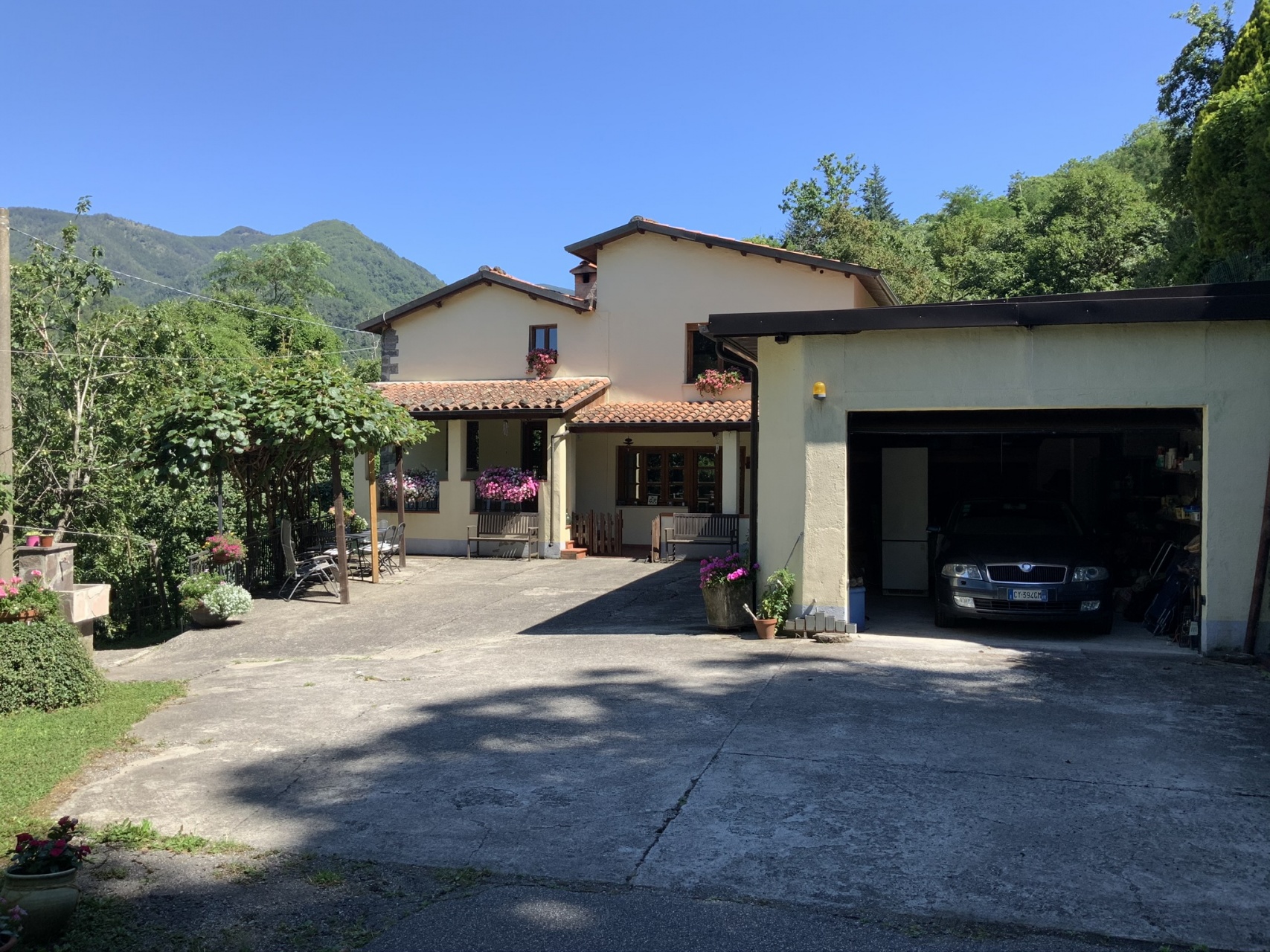 The house has two entrances, one leading to the living room and the other to the kitchen, in correspondence with which there are two communicating loggias suitable for dinning.

The ground floor consists of two large living rooms connected via two arched openings and a central double-fireplace, a hallway with stairwell access to the first floor, a small storage room under the stairs, a kitchen and a bathroom which is accessed from the two living rooms.

On the first floor there are four bedrooms, one of which used as a study, a hallway and a bathroom.

The basement consists of two cellar rooms, both with direct access from the outside, and a small storage room.

On the ground floor there is also a garage and a room used as a laundry / storage room with a bread oven.

The building has been completely renovated and features have been maintained such as original stone masonry, wooden beams with terracotta ceiling, wooden window frames and fitted kitchen; the systems have also been overhauled, the heating system is fueled by both wood and diesel fuel. The house is served by the public aqueduct but has its own spring used for irrigation, The property has indipendente sewage system.

The property is accompanied by land, about 1’000m2.